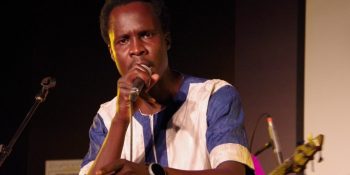 Didier Lalaye, a.k.a. Croquemort, is a slam artist from Chad. His music of social and political protest has inspired a new slam generation in Chad, and is recognised internationally in and outside of Africa. After the release of his last album “Apprenons à les comprendre”Read More