Jonna Both started working in March 2015 as a postdoctoral  researcher within the VICI project ‘Connecting in Times of Duress’ of professor Mirjam de Bruijn.

For her BA she studied African Languages and Cultures at Leiden University from 2003-2006 and specialized in African History. She also followed a few courses in Medical Anthropology and Arabic. The first time Jonna carried out research was for her Bachelor thesis in 2006. She went to Central Chad and conducted research in a former leprosy village. The research focused both on oral histories as well as on the question of healing amongst ‘former’ leprosy patients who were officially considered cured of leprosy but lived with disabilities greatly affecting their lives in this rural community.

For her Research Master in African History at the University of Leiden and the African Studies Centre Jonna conducted research, again in Chad in 2007, on the topic of girl migrants and domestic workers. In her thesis ‘Navigating the Urban Landscapes of Uncertainty and Human Anchorage: Girl Migrants in N’Djamena’ she focused on the urban networks between the girls themselves, their male counterparts and chiefs in the context of insecurity, and on the aspirations and poverty in the capital city of a volatile country. Before she started a PhD, she worked for one and a half year with the Foundation for Refugee Students UAF in Utrecht. There she advised refugee students and also carried out research on the integration of refugee medical doctors in the Dutch health care system.

Thereafter Jonna began her PhD at the Amsterdam Institute for Social Science Research (AISSR) at the University of Amsterdam (UvA). The research was funded by NWO and under the supervision of professor Ria Reis (LUMC/UvA) and professor Mirjam de Bruijn (Leiden University). In this PhD project her interests in African History and Medical Anthropology re-emerged. The project was focused on a marginal border region of Uganda. In the Yumbe District, West Nile, many different rebel groups had been active from 1979-2002 and her focus was on how young people’s life trajectories were influenced by these past conflicts. She concentrated on the impact of a militarized past and how this has influenced young people’s social imaginary until today and she shows how the persistence of such an imaginary relates to the unrelenting politics of marginalization and fragile prospects for enduring peace on Uganda’s fringes. During her PhD at the UvA she has taught several courses in the Bachelor Cultural Anthropology and Development Sociology.

CTD publications by Jonna Both: 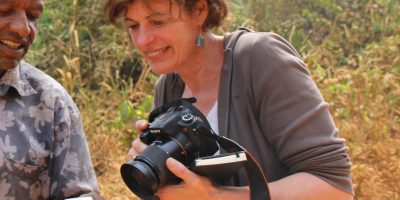 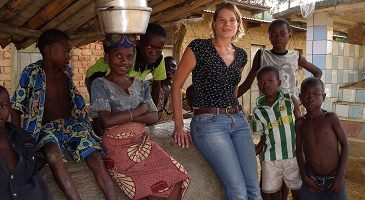